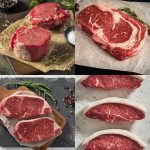 Ultra Premium Beef Steaks Bundle is exactly that.  The best beef you can source inside China, hand-picked and chosen by one of China’s most impressive chefs.  If you’re using cheap cuts and poor quality vegetables, then you’re never going to win a Michelin star.  This common sense is present in every professionally respected kitchen, so bring that same common sense to your own home.

This is the same beef and the same steaks that supply the lions share of the 5-star hotels and restaurants across China.

Ultra Premium Beef Steaks Bundle is exactly that.  The best beef you can source inside China, hand-picked and chosen by one of China’s most impressive chefs.  As frequent visitors to one of his 5 restaurants, the Chateau Bole team often ask “how do you make such amazing food” and his answer is always to simply start with the very best ingredients and do as little as possible within the preparation and cooking, to ensure that the real flavours come through in the meal.

This isn’t some hidden magic.  The vast majority of world-class and internationally respected chefs will offer the same advice.  If you’re using cheap cuts and poor quality vegetables, then you’re never going to win a Michelin star.  This common sense is present in every professionally respected kitchen, so bring that same common sense to your own home.

This is the same beef and the same steaks that supply the lions share of the 5-star hotels and restaurants across China. 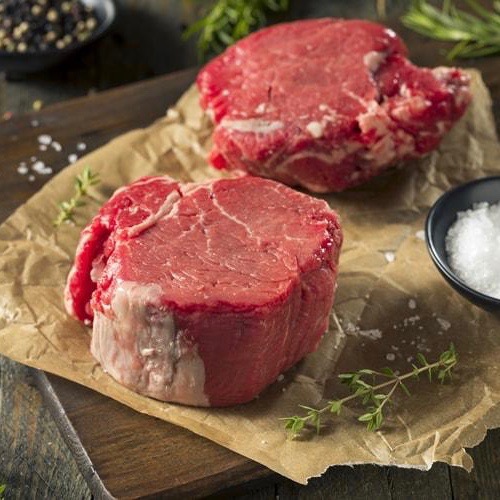 A beef tenderloin, known as an eye fillet in Australasia, filet in France, Filet Mignon in Brazil, and fillet in the United Kingdom and South Africa, is cut from the loin of beef, a muscle that gets next to no exercise.  For this reason, it’s so tender, and one of the most prized cuts of all time.  It’s fit for Royalty, it’s elegant, and it’s saved only for the best occasions – it really is the King of Steaks.
It has a little fat marbling which makes it a favourite of those that love steak but yet watch their consumption of fat.  Surprising to most, a tenderloin steak has less fat than the equivalent weight of a chicken thigh.
We are bundling 2 x 200-gram tenderloin steaks in this bundle that are between 2 and 5cm thick.  So that’s 400 grams of tenderloin for you. 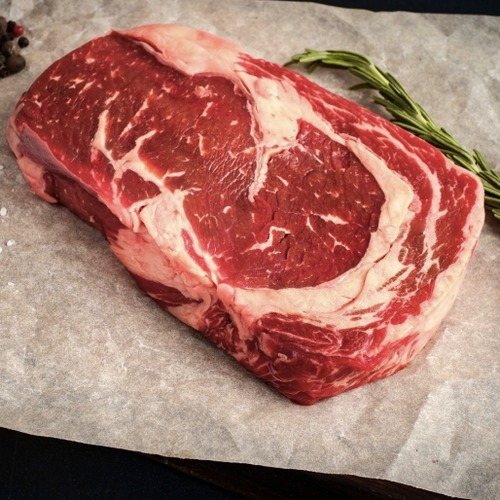 The rib eye or ribeye is a beef steak from the rib section.  The rib section of beef spans from ribs six through twelve.  Ribeye steaks are mostly composed of the longissimus dorsi muscle but also contain the complexus and spinalis muscles.  Sometimes called beauty steaks, rib-eye steaks are tender, juicy, full of flavour and with just the right amount of fat.  Fast cooking methods using high heat produce the most delectable results. 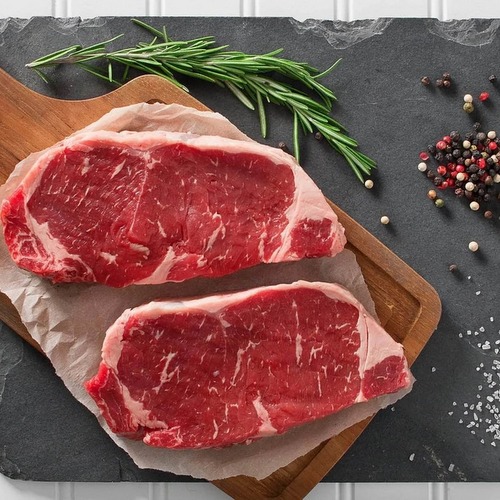 The strip steak is a cut of beef steaks from the short loin from a cow. It consists of a muscle that does little work, the longissimus, making the meat particularly tender, although not as tender as the nearby psoas major or tenderloin. Unlike the tenderloin, the longissimus is a sizable muscle, allowing it to be cut into larger portions.  Strip steak is very tender and full of flavour and is best when grilled, broiled, or pan-fried.  It is known by various names depending on the area of the country it is marketed. 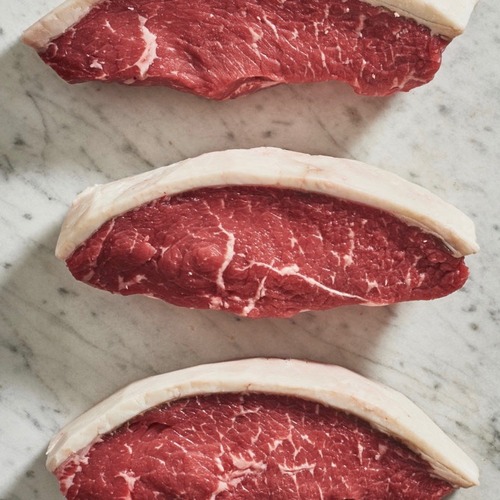 Picanha is a triangular cut of meat that sits on top of the rump of the cow that is popular in Tucuman, a north Argentinian province, Portugal and Brazil.  In the United States, it is little known, but referred to as the top sirloin cap, rump cover, rump cap, or culotte.   North American butchers generally divide it into other cuts like the rump, the round, and the loin. It consists of the M. biceps femoris muscle and its fat cap.  The layer of fat above it that helps create a beautiful tender and juicy flavour when cooked.

1.7kg of ultra-premium quality beef delivered to you anywhere in China for ¥498.88 (delivery included)

Don’t confuse it with the junk that gets peddled out by all those dodgy cash traders that sell meat in WeChat groups.  Most of that junk is bought at local wet markets and then ILLEGALLY cut,  repacked in home kitchens, and frozen in home freezers.  Be aware of the fact that China (and pretty much every country in the world) has laws against that type of skullduggery – cutting, packing and freezing meat for sale can only be done in a certified and licensed kitchen that has been inspected by the government.  Remember that next time you’ve bought cheap meat and have food poisoning….

Show reviews in all languages (1)